This new video installation by Bernardo Zanotta (1996) is based on the science fiction book Second Dawn by Arthur C. Clarke from 1951. Zanotta’s video has the structure of a story within a story: on the one hand it’s linked to Clarke’s original text, but on the other hand it captures the process of dehumanization between two actors: losing one’s own perspective and the transformation of an almost savage society into a technological one. Lines from Clarke’s book are used in Zanotta’s short film.

Bernardo Zanotta came from Brazil to Groningen to study performance art at Minerva Academy. Soon, he switched to the Rietveld Academy in Amsterdam, where he focused on video art and recently graduated. 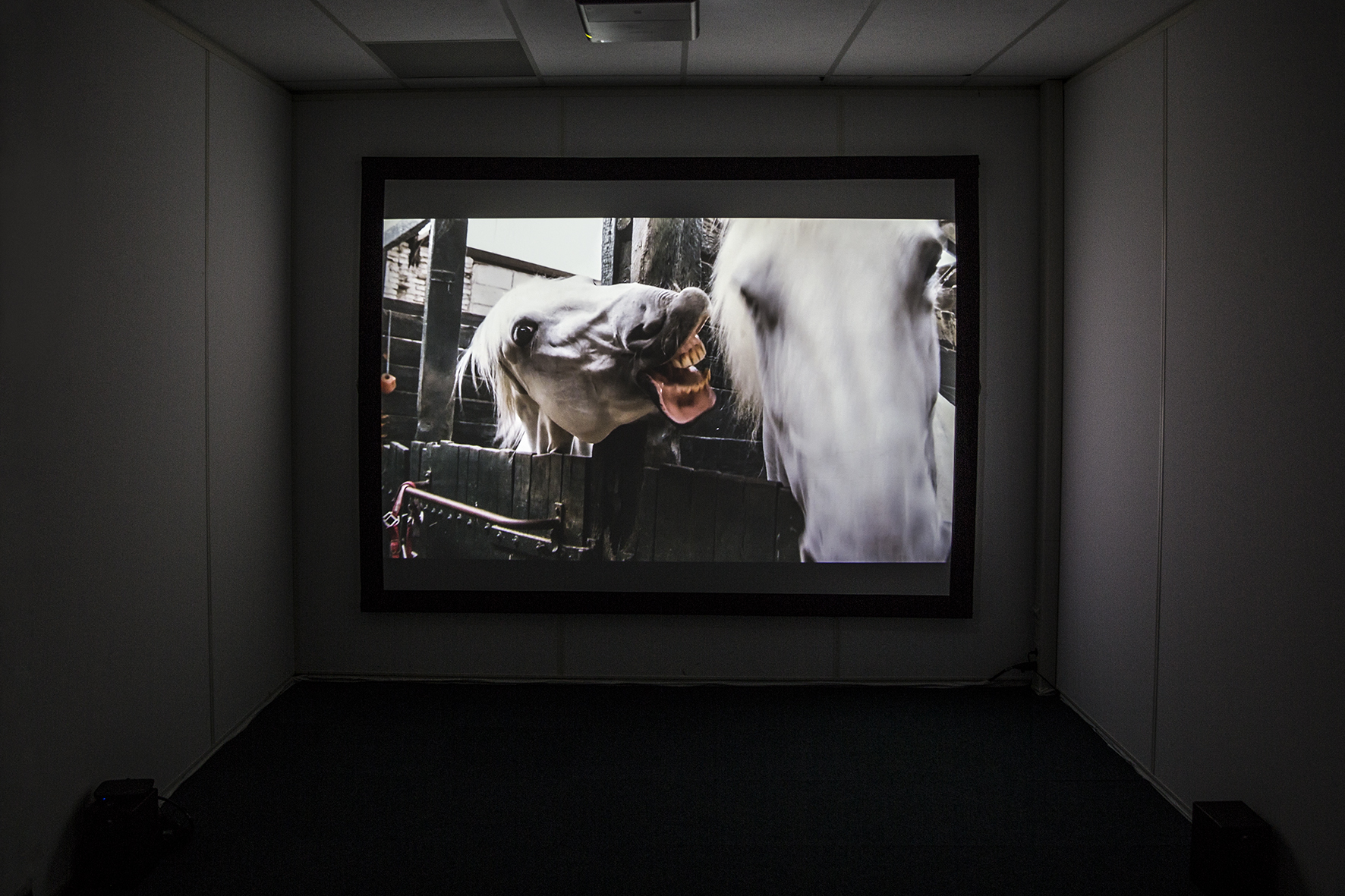