Bridge keepers house at the Waterpoort

In the special bridge keeper’s house at the Waterpoort, artist Marek Radke creates a fascinating world that can be just as much an underwater scenario as a view into the universe. This installation has previously been realized at various locations and transforms each location into a fascinating diorama.

From 1972 to 1978, Marek Radke studied art and education at the University of Gdansk and the Adam Mickiewicz University in Poznan. From 1978 to 1983 he worked as an art teacher in schools. During the martial law in Poland (1981-1983) he made a series of figurative paintings in which he criticized the political situation at the time. After two illegal exhibitions, he left Poland in 1983. He emigrated to Finland and moved to Germany a year later.

The first six years in Germany he worked in a steel factory in Paderborn. During this time he painted and exhibited a lot. His painting in exile entered a phase of great change. He returned to the principle of his earlier working method – three-dimensional color constructions. Since that time, his representational allusions have been so simplified that only a distant link with the original form remains. Radke gets his inspiration from concrete subjects. He paints abstract, geometrically conceived compositions that have no relationship with the real and the visible. Since 2000, in addition to his painting, he has been working with spatial forms, installations in which objects are placed in UV light (black light). 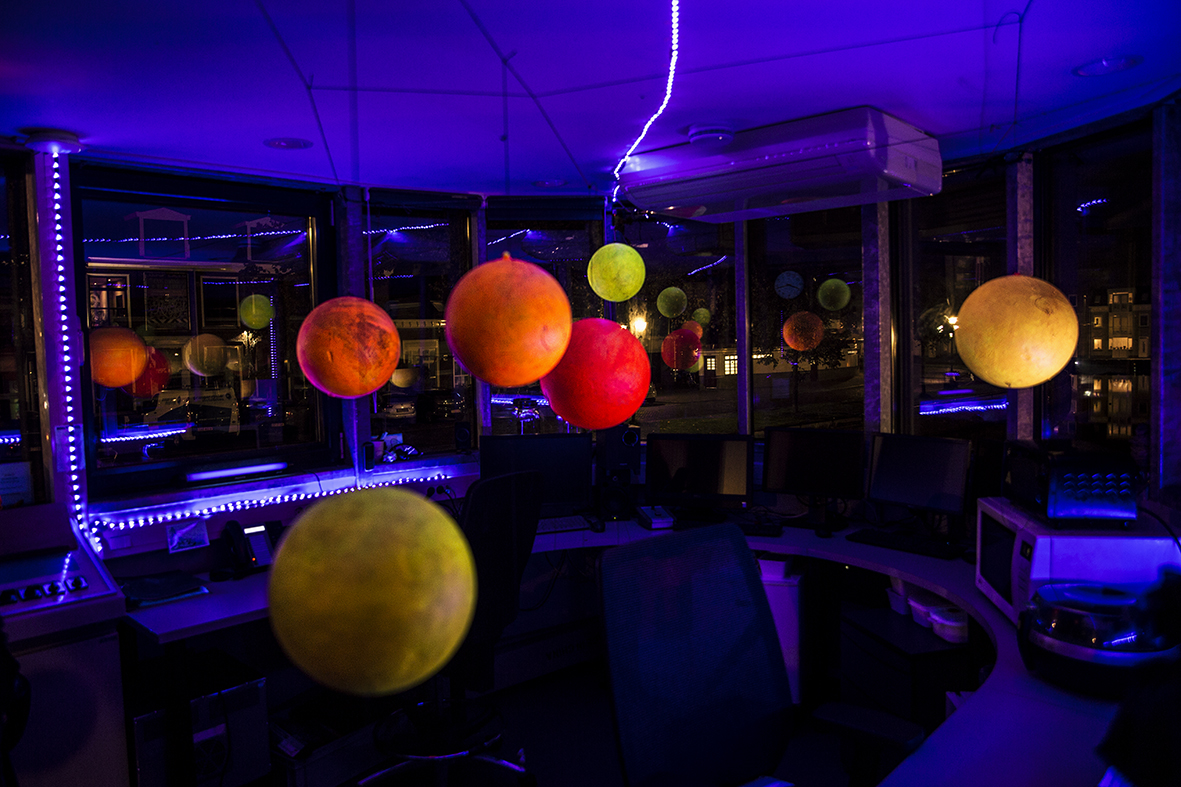