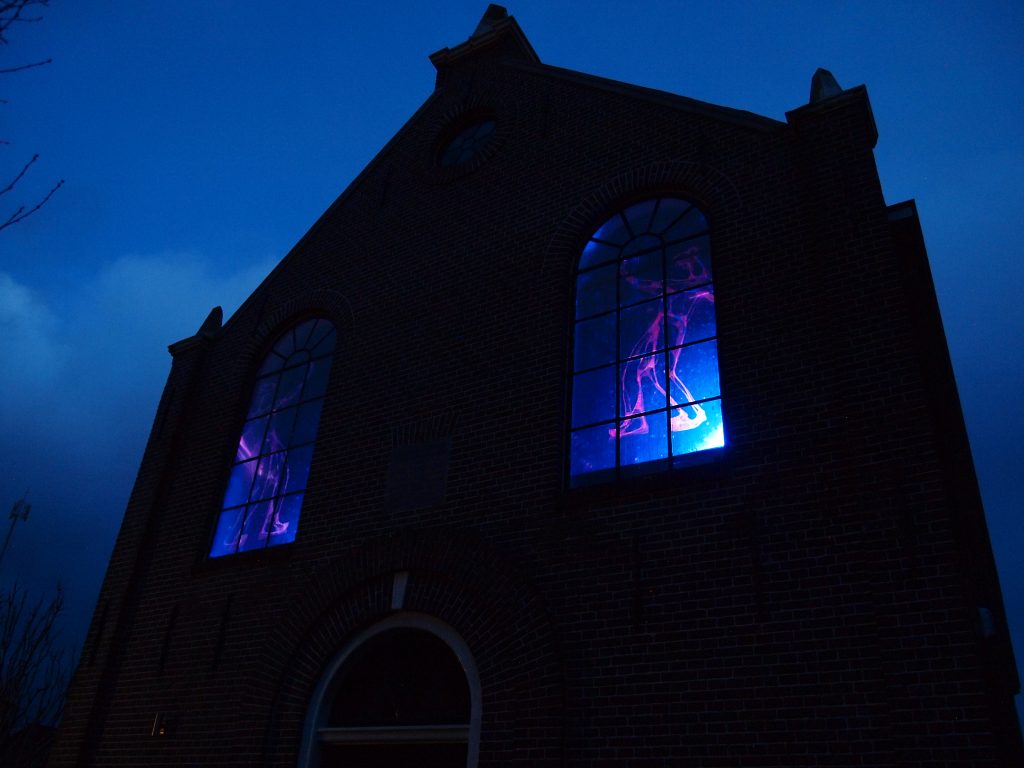 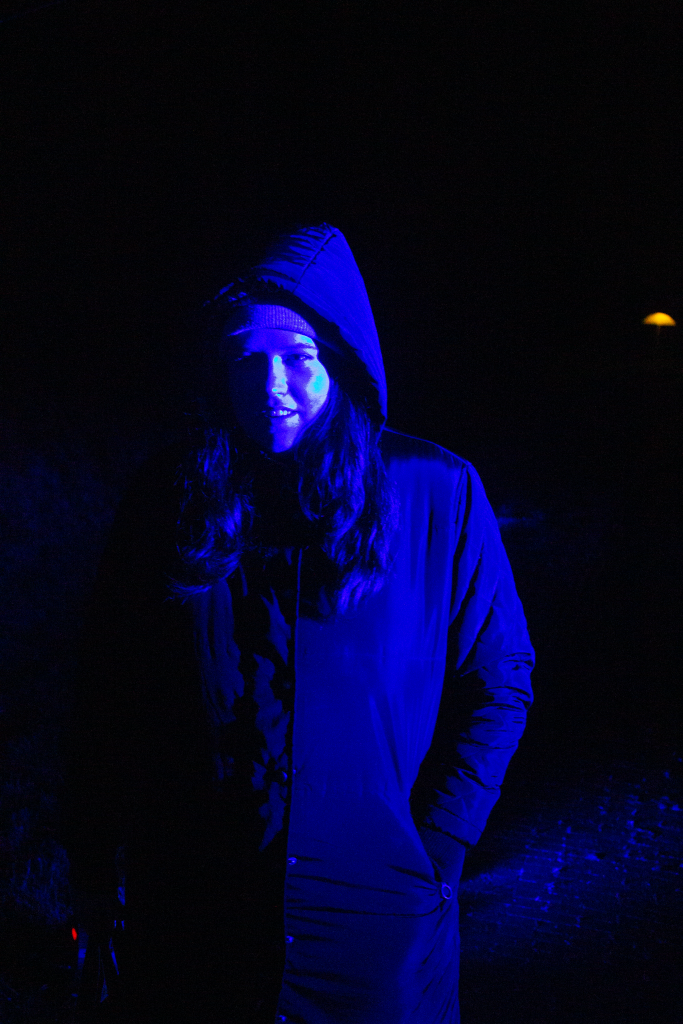 Movement and emotion
The first series of images of Spring! was born out of a spontaneous collaboration with artists who were staying at the residency in Blanca at the same time. “Besides myself, there were seven other artists there, all women. It was a cool place with beautiful spaces to work in, and it was very international. The two girls who dance in my film were from Chile.”

From film to animation
The personal was an important starting point for Anne Fie’s award-winning graduate project. After creating an animated figure of herself for that work, Anne Fie became interested in continuing to transform other people into abstract images. “The dancers are more like a rotoscoping technique. So, you film the people or the subjects, and you just draw over them frame by frame.”

Inspiration from the Frisian nature
For the second phase of the project Spring! Anne Fie reached into her personal archive by building on her love for the Frisian landscape. “I have always loved nature and bird watching. When I think of the Wadden Sea, of the space with mudflats and tides, I always think of a lot of little seabirds roaming the sea.” Anne Fie first tried animating birds in a collaboration with Frisian poet Eeltsje Hettinga and musician Kanako Inoue about the Wadden Sea. After that work, it was a natural choice to adapt these images for the Baptist Church in Balk, because birds also remind her of the changing of the seasons.

“When I think of spring, I also think of the geese leaving for the north. They always pack their bags and go. I always think of the geese, of the sounds they make in the air as they leave.” Geese that winter in the Netherlands time their migration depending on the growth of plants. If there is enough grass to survive on during their journey, they know it’s time to leave. Similarly, in Anne Fie’s animation, spring is heralded by the budding vegetation. “I’m very much into plants, so that’s another link to my old inspiration.” 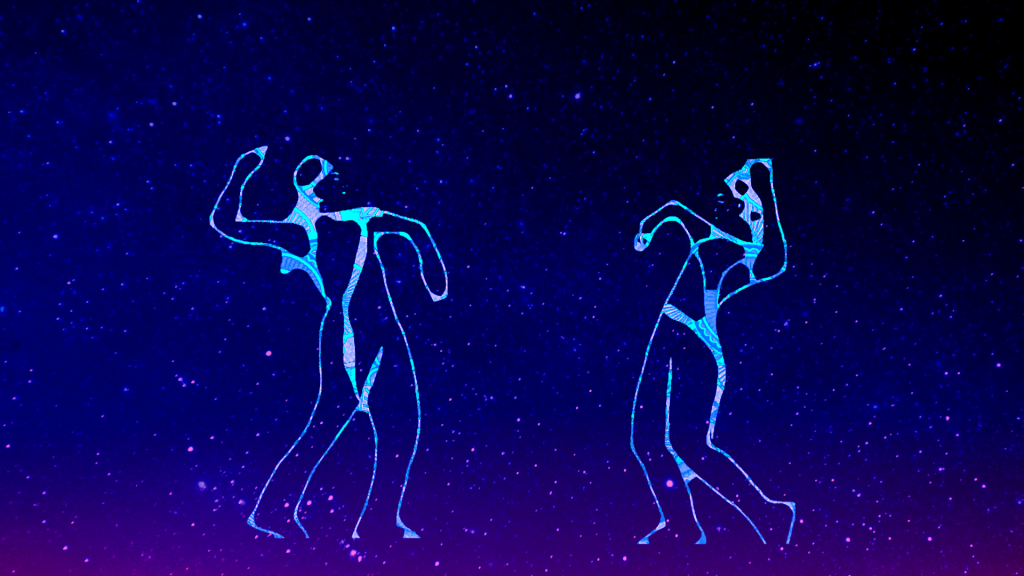 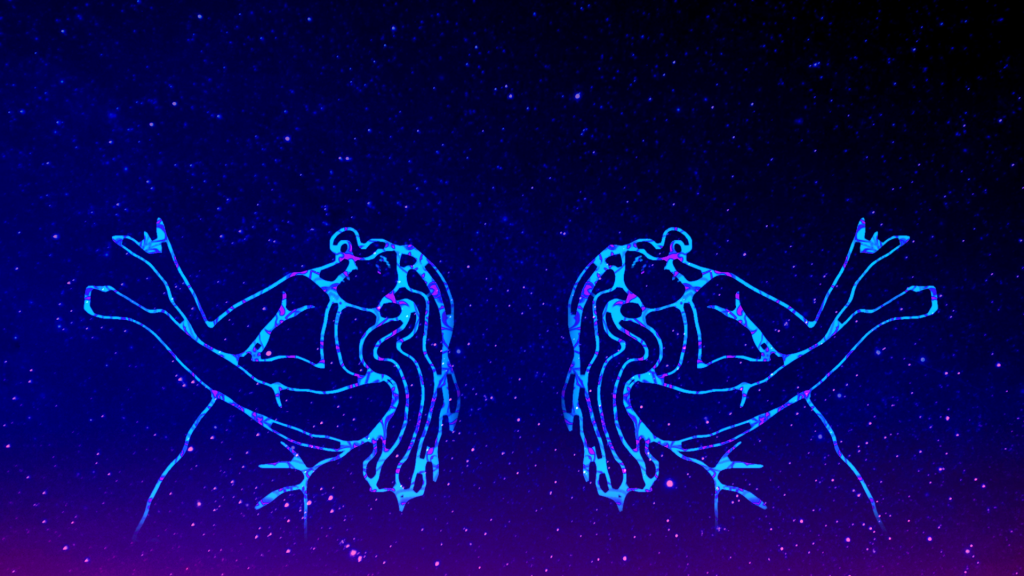