We are just living in the festive year 2018, in which our small town Leeuwarden is the European Capital of Culture. Time flew by this year and we have been able to experience the world of large and small festivals, projects and manifestations. And at the end of it all, we come up with a small but certainly nice edition of the Media Art Festival. Our scouts have been around town and country again, looking for the best up and coming media art talents. This year we present 13 Young Masters, 9 of which come from Dutch art academies, 2 from Germany, 1 from Tunisia and the Swiss winners of our audience award in 2017. It is no coincidence that the closing program of the LF2018, of which we are a part, is called ‘ReOpening’. With our Young Masters, the most likely future greats of the world of progressive and experimental art, we are eager to point out what is to come and offer every opportunity for acquaintance and discussion.

Halfway through MAF, from November 22 to 24, many more international artists will join, because then we will make the city shine for the second time with the LUNA Leeuwarden Urban Night Adventure.

We present exciting light and sound art and live performances at numerous locations in the city center around the LinkedUP – Communicate & Connection theme, which we consider very appropriate for this year that is so important for Leeuwarden. Through art we show and experience how the most different groups of people from our city and surrounding areas, artists from different disciplines and other professionals from diverse backgrounds play harmoniously with our beautiful city.

Below you will find the Young Masters exhibiting at the time, who won the YMAs in 2018 and the program booklet. And of course the LUNA artists of this year. 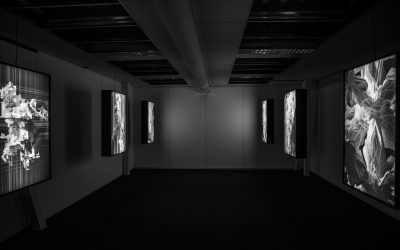 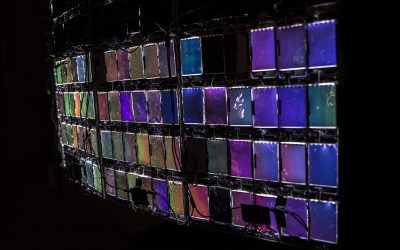 Friedrich Boell (DE) Dead Pixel Electronic treasures turned into surprising installations. Friedrich Boell uses things he finds, mostly electronic waste, that are brought back to life by making some adjustments. He got the idea for Dead Pixel after he found a box of... 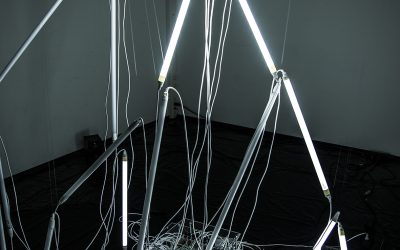 Anaïs Borie (FR) Modern Zeus Awakening to the irrational aspects of electricity. This graduation project by Anaïs Borie is an unpredictable interaction between two energies in which light reacts to sound and sound reacts to light. Like lightning that can fall anywhere... 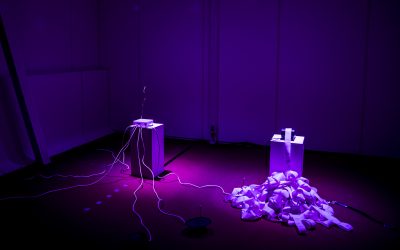 Jihen Ben Chika (TUN) Printed Data Experience sound in a new way. In this sound installation by Jihen Ben Chikha (1993), your presence as a spectator is converted into a sound frequency. When you walk through the room, the vibrating sound waves you create are captured... 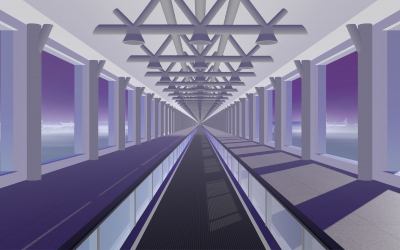 Oscar van Leest (NL) AMBIENCE 1: AIRPORTS FOR MUSIC (FOR AIRPORTS) Discover how a space shapes itself to music in a virtual reality. Walking around an airport, it does have something. In 1978 British musician Brian Eno released an album called Music for Airports. The... 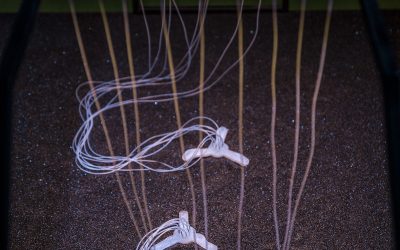 Jelle Reith (NL) Mating Dance Artificial intelligence in a technological mating dance. Robots that are controlled by a neural network and perform a mating dance in which they keep getting closer to each other. The two robots first have to get to know their own body... 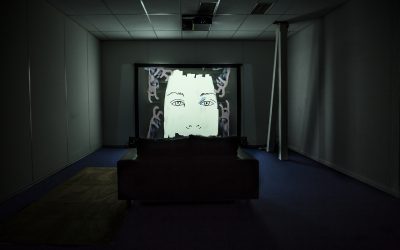 Anne Fie Salverda (NL) Slice of Psycho Visuals and music meet in a surrealistic emotional landscape. As an animator and musician Anne Fie creates a world in which music and visuals meet and tell a story. Inspired by surrealism, her performance Slice of Psycho shows a... 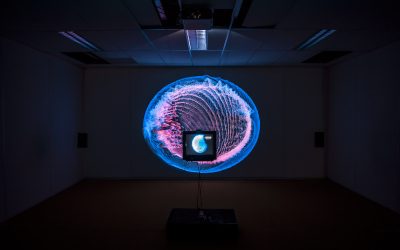 Wouter Smit (NL) • ‘The Real’ & ‘The Virtual’: Opening up the space for immersion

Wouter Smit (NL) 'THE REAL’ & 'THE VIRTUAL’: OPENING UP THE SPACE FOR IMMERSION Modern Western society is steeped in digital media systems that have become part of our culture. But will we be able to appreciate the 'real' in an increasingly virtual world? The... 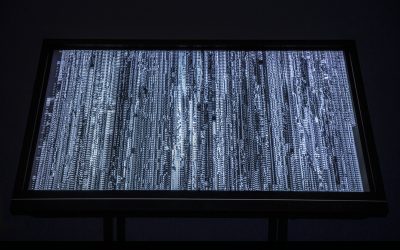 Jakub Valtar (CZ) One Second Psycho Every second of the classic film Psycho by Hitchcock portrayed on one screen at the same time. And you get to decide with your own eyes and hands which part of the movie you want to see and hear. Touching the screen emphasizes that... 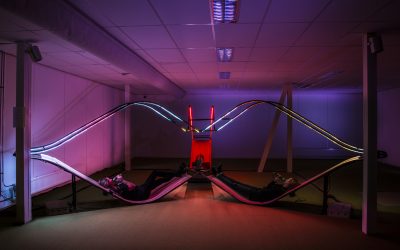 Timbre Vibes (NL) TIMBRE Welcome to the world of the here and now! The interactive designers Juriaan Gregor, Alène Jeanne Moor and Jay Roderick Heijman together form the collectiveTimbre Vibes.. Their work Timbre is a playful installation that serves as an extension... 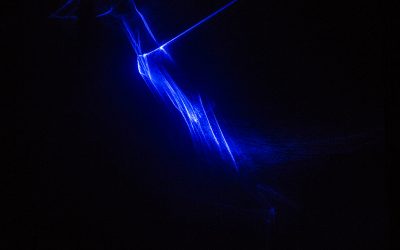 Lena Weisner (DE) Analog Morphing Get mesmerized by the visible change from one form to another. Light is actually an invisible radiation. When we see light, we actually see dust particles that are illuminated until they hit an object. This phenomenon inspires the... 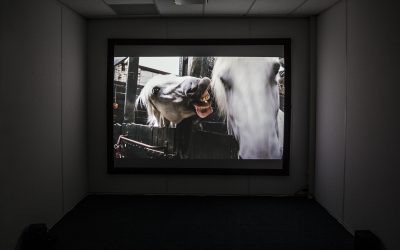 The fact that two winners have been chosen for the Young Masters Award this year is unique. However, both works of art were equally popular with the jury, who assessed the twelve works on, among other things, technique, intention, complexity and artistic potential. Anne Fie Salverda impressed with her graduation project Slice of Psycho. With music and visuals and inspired by surrealism, her performance tells the story of a young woman and her internal struggle to keep up with reality. The jury commends Salverda for her courage in presenting this personal work, as well as its “deep, emotional expression and beauty,” said jury member Selu Herraiz. The Czech Jakub Valtar won with his artwork One Second Psycho, coincidentally a similar name, but a work of art that stood out in, among other things, the very high technical level. In One Second Psycho, every second of Hitchcock’s classic is played simultaneously on a large screen. When a spectator touches the screen, the sound of that particular clip is played. Herraiz: “The artwork offers the viewer the opportunity to create ephemeral sound fragments themselves in the intense experience of being alone in a dark space.”

Both winners can stay for a month in the AADK Spain artist residence for artistic research and production in the inspiring environment of the Spanish city of Blanca. The work period is supervised by the professional team of AADK Spain and concluded with presentations in Blanca, Leeuwarden and other locations from the international network of the collaborating parties.

During the two weeks that the Media Art Festival took place, the public could also vote for their favorite from the twelve artworks presented. The public almost unanimously chose the interactive installation Timbre by the artists collective Timbre Vibes. Designers Juriaan Gregor, Alène Jeanne Moor and Jay Roderick all study Interactive Performance Design at the Hogeschool voor de Kunsten in Utrecht. Their impressive installation allows the viewer to experience their own voice in light that changes color according to frequency and in tangible vibrations. This installation was originally intended for a deaf audience, but it also offers hearing people an in-depth experience of their own voice. 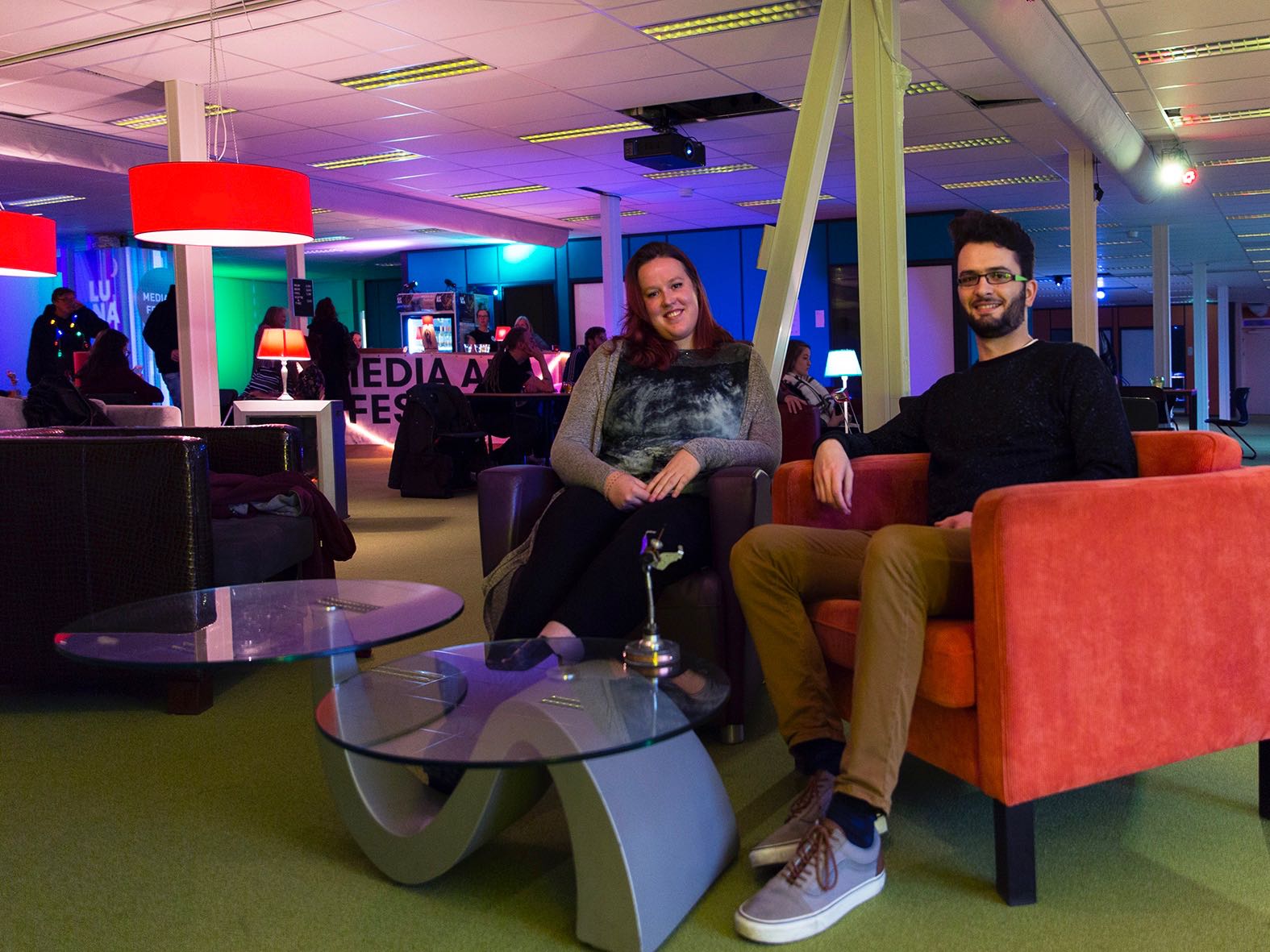 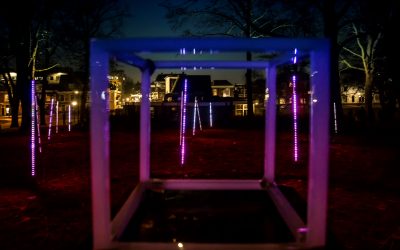 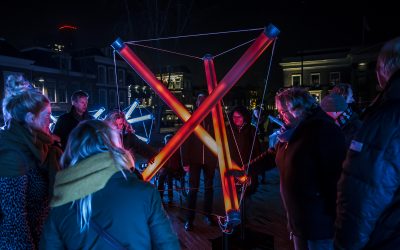 Lumus Instruments) Lumenus   WilhelminapleinLumenus is a light construction that is meters long: an impressive spectacle of light sticks and steal cables that keep each other in balance. When you touch it, the immense work of art will generate a visual reaction.... 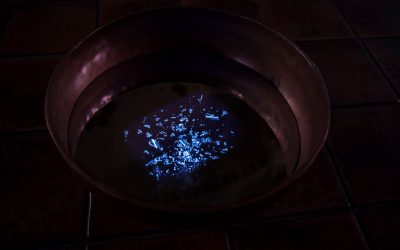 Ken Matsubara (JPN) Moonbowls Doopsgezinde kerkKen Matsubara’s work explores the fluctuating manner of memories that reside deep within our consciousness. By working with mediums such as photographs and videos, Matsubara visually draws upon the reflective property of... 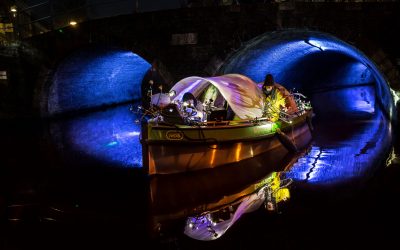 Raumzeitpiraten (D) Lichtkahn Through the canalsThe German group of artists RaumZeitPiraten (Tobias Daemgen, Jan Ehlen and Moritz Ellerich) will go for boat rides with portable sound and projection equipment through the canals of the dark city. By using self made LED... 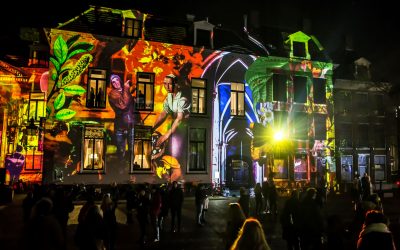 Robert Sochacki (PL) Leeuwardens atelier   GouverneurspleinSochacki will turn the Gouverneursplein into a fairy landscape with imaginative and colorful stories and special sounds that he picks up from the area and he mixes them with his unending collection of... 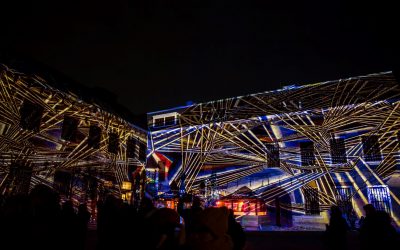 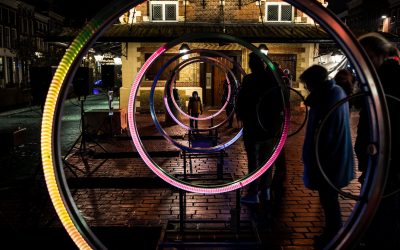 Jonas Vorwerk (NL) Loops WaagpleinJonas Vorwerk uses repetition, interaction, coincidence and change. He likes to experiment with new dimensions that the digital world can add to the physical space. Technology, light, sound and space are important elements. Loops is... 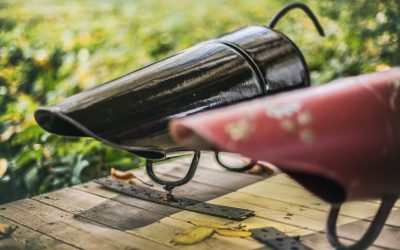 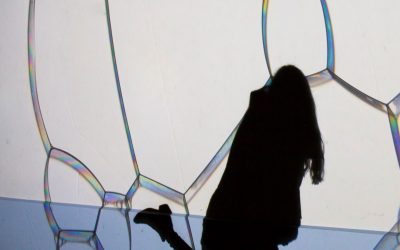 Ingo Wendt (DE) Soap bubble projector Garden SchoolstraatThe German Ingo Wendt is the Gyro Gearloose of light art. He has built a machine that produces soap bubbles and magnifies them a hundred times. The artist can transform a wall into a moving, abstract work of art...