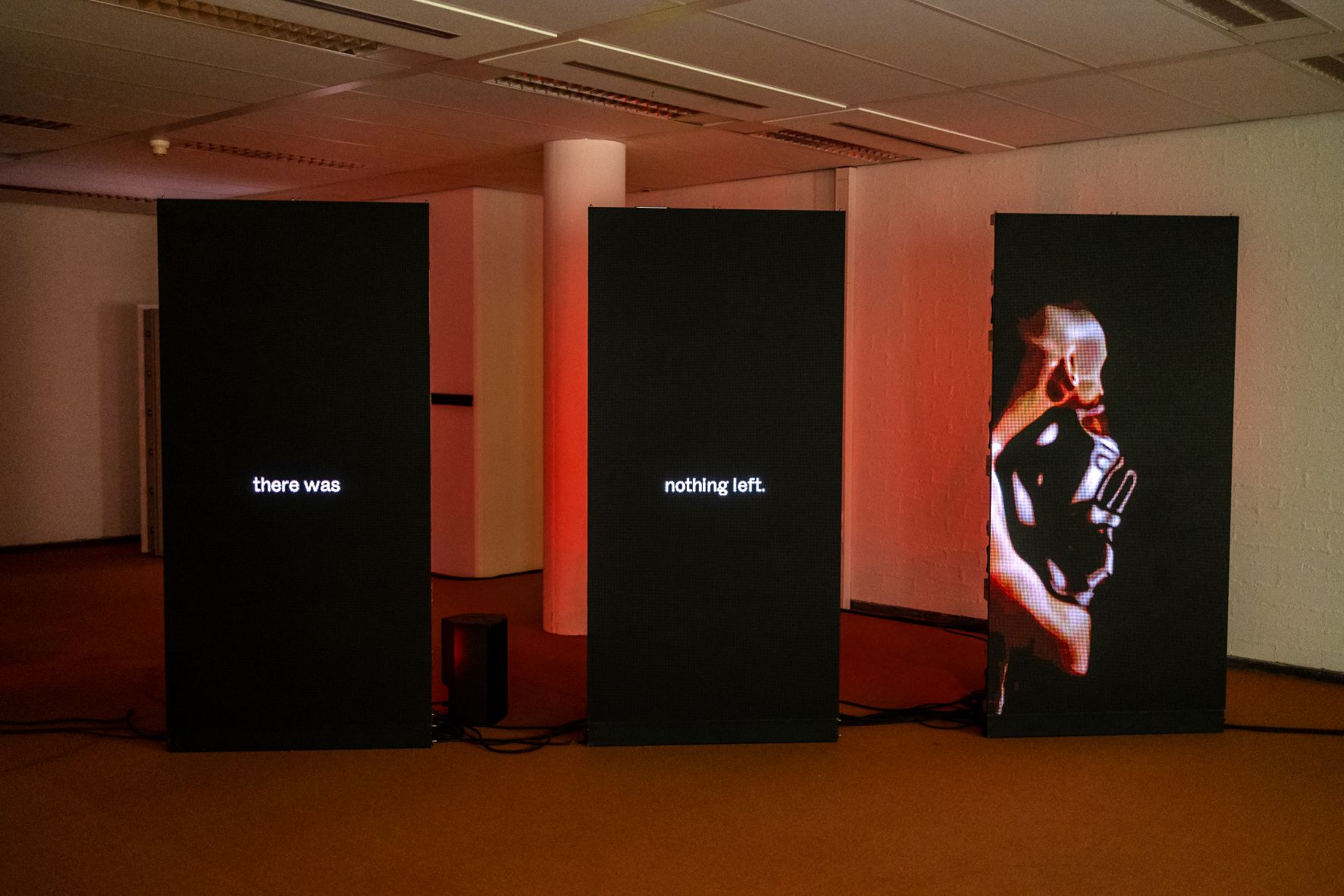 “Boxer, Ring, Cycle” is an immersive, multi-channel installation that explores topics such as representation, masculinity, and identity. The visitor is confronted with a dark boxing ring, which they must enter in order to activate video and sound elements: flashes that burst from the darkness, as two characters “punch” and “fight” each other. Elif Ozbay’s project originally began as research into her brother’s hobby. It then developed into a year-long study of the visuals and movements of boxing, as well as the search for identity in Dutch and Turkish communities. The boxer becomes a marginalized character, attempting to break through and claim a space in which his voice is not heard. Elif is a filmmaker and artist whose lens-based practice studies incidental events that play with the tropes of horror and tension. She has a Master’s degree in Visual Arts and Design from the Sandberg Institute, Amsterdam.